The Olympic Council of Asia has conferred the OCA Merit Award upon Lt. Gen (R) Syed Arif Hasan, President Pakistan Olympic Association and Vice President Olympic Council of Asia, in recognition of his services for the protection and promotion of Olympic Movement at national and Asian arenas. The award has been conferred today during the 37th General Assembly Session held in Jakarta. 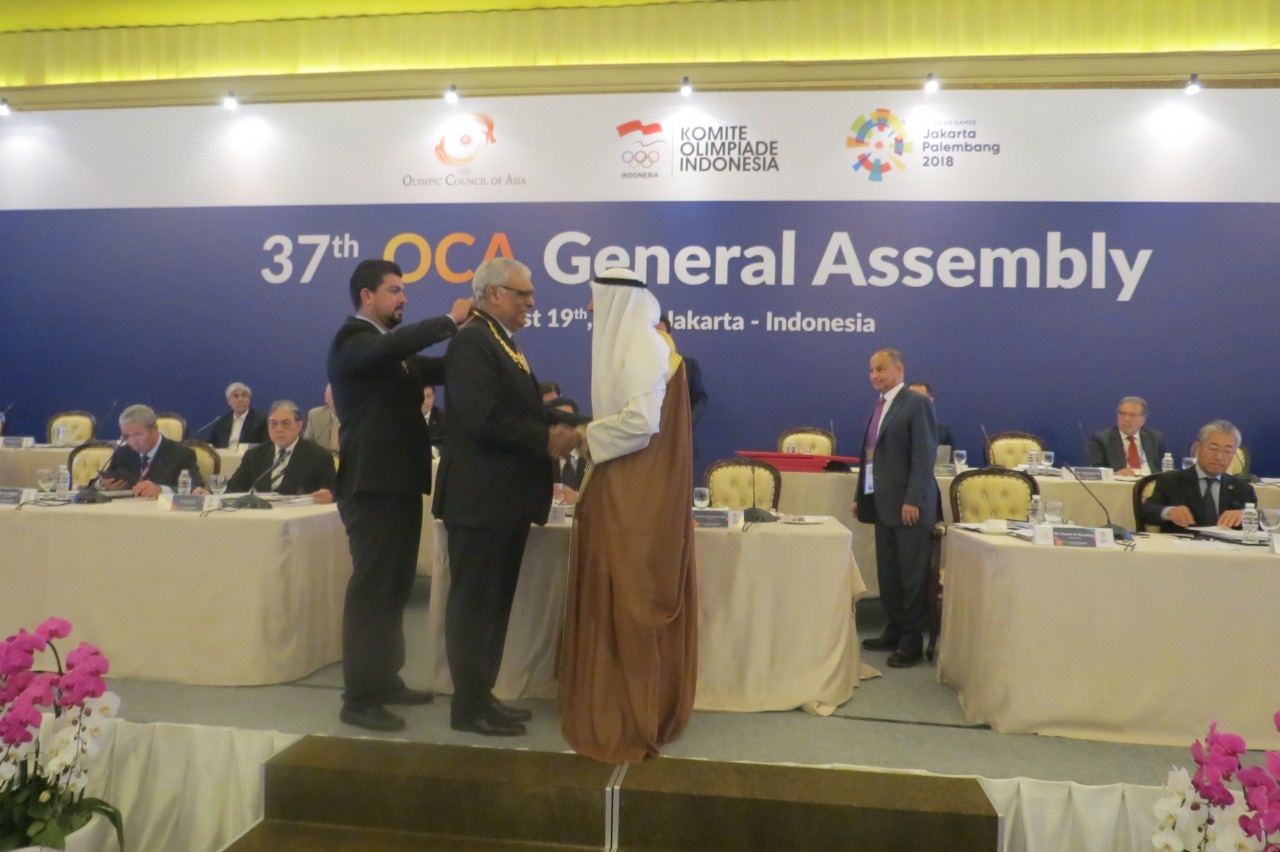 This is indeed a great honour for Pakistan and a remarkable achievement for him, his family, and the entire Pakistani sports fraternity.

Lt. Gen (R) Syed Arif Hasan has led the Olympic Movement of Pakistan with dedication and resolve for the cause of sports as is evident from his determined stance on a transparent and an all-inclusive system in national sports in line with Olympic Charter. His commitments to the development of the youth through sports and gender equality have always been his topmost priority. He has always advocated that sports must be utilized to develop the leadership qualities of the youth and build a healthy, vibrant Pakistan through Sports for All policies. 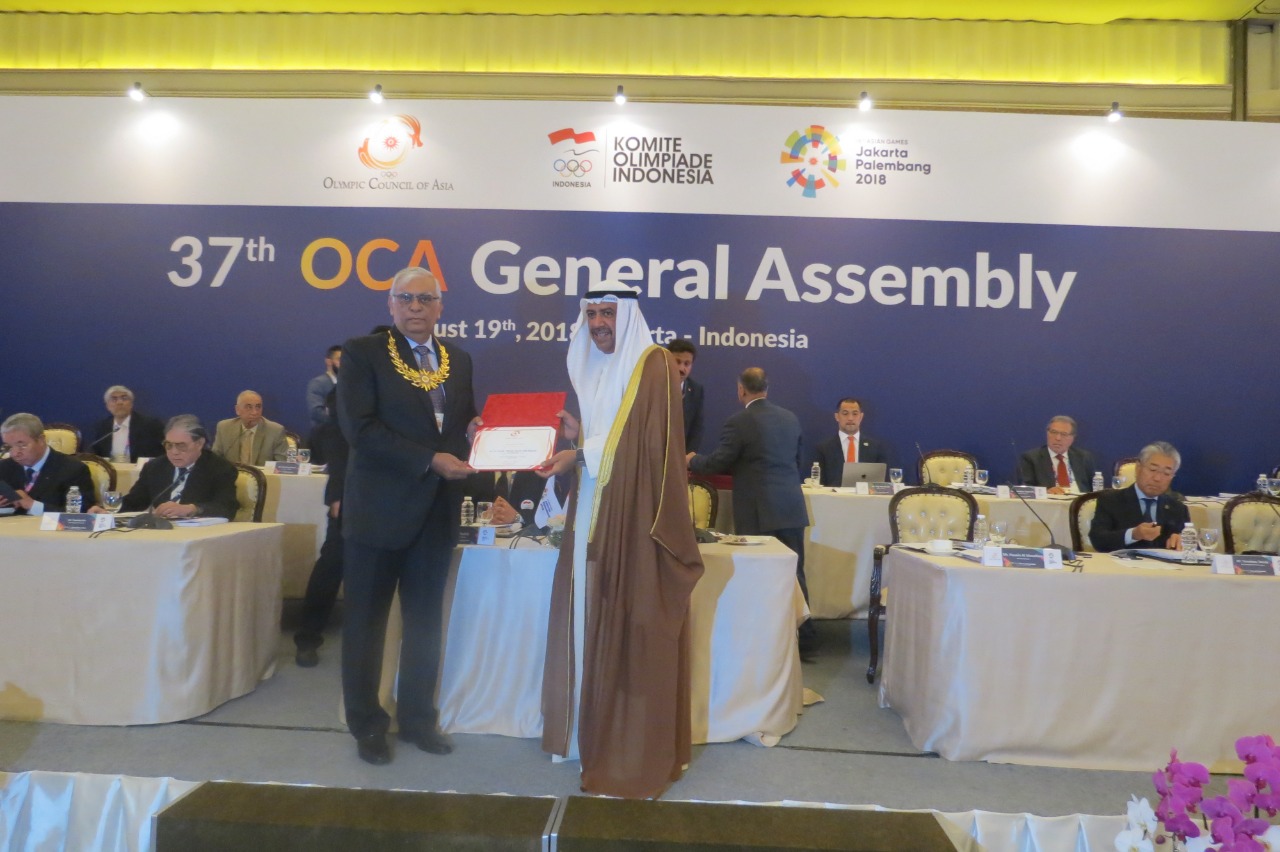 Lt. Gen (R) Syed Arif Hasan, President Pakistan Olympic Association has dedicated this award to the athletes of Pakistan particularly the youngsters who despite everything yearn to bring glory to Pakistan through sports.

He has further pledged to promote peace through sports and has appealed to the new Government to realize the potential of sports and use it to assist them in the realization of their vision and assures them of the complete support of the sporting fraternity in this regard.