Beyond Sport: Pushing World Leaders and Global Icons Towards Harnessing the Power of Sport Back To Main 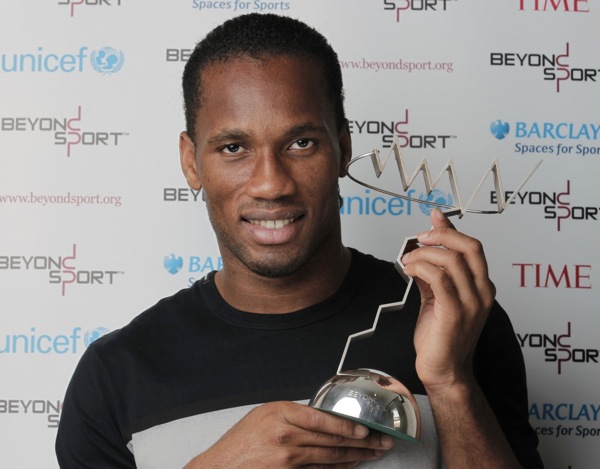 Didier Drogba collecting the Beyond Sport’s Humanitarian in Sport Award in 2011 for his health and conflict-resolution work in the Ivory Coast.

Beyond Sport has positioned itself as the key forum for sport and football development bodies to meet as well as a partner in programmes, helping communities from South Africa to Haiti with the help of ambassadors including Tony Blair and Lucas Radebe. Alex Lawson discovers how the organisation came into being and why the home of the New York Yankees could provide the venue for a turning point in its history.

In a fragmented sector made up largely of grassroots organisations led by coaches and community leaders, making contacts and building up scale to deal with widespread projects effectively is a huge problem. As the only truly global game, the physical difference between people using football for development in unique and innovative ways spans from Sydney to Swansea.

This was one challenge that Beyond Sport founder Nick Keller identified in 2008 on setting up the body, before staging the first Beyond Sport Summit and Awards in London the following year. Beyond Sport has since hosted its Summit in Chicago and Cape Town before returning to London this year.

“Sport as a tool for change is a relatively new discovery. It has emerged in the last ten years as a successful development tool with a powerful impact,” says Keller. “It is now a case of governments, NGOs, institutions, sports organisations and business becoming aware of this powerful impact and its benefit to them, and choosing to invest in it to create change in the communities in their region.” 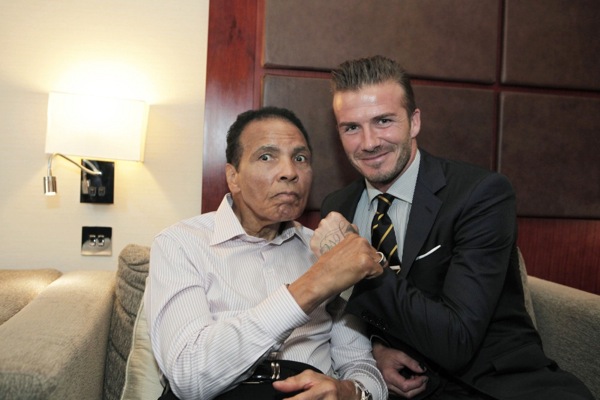 Muhammad Ali and David Beckham lend their support to the cause at the Beyond Sport Summit 2012.

The body has several key areas in which it works. The Summit and Awards provide the focal point for its work, the former a forum for business, government and third sector leaders to meet and use sport to enact social change, the latter a recognition of the good work done worldwide. However, the body also hosts Beyond Sport World – an online networking site to promote good work and exchange ideas – and Beyond Sport United, a one-day annual event which enables sports teams and leagues to show what they can do to create positive change in their communities. What’s more, it has snared an impressive array of global ambassadors including Tony Blair, Desmond Tutu, Michael Johnson, Lord Coe, Sergey Bubka and Dame Kelly Holmes who vote on the Beyond Sport Awards winners.

Beyond Sport United will now provide the focal point for the remainder of the organisation’s year. On November 13th, Beyond Sport will host an event bringing together professional teams across an array of sports at the New York Yankees baseball side’s Yankee Stadium.

The event is backed by a unique array of Founding Supporters in America’s top leagues – the MLB, NASCAR, NBA, NFL, NHL and WNBA alongside Major League Soccer – and has connected with football teams across the globe. Last year, at its inaugural event, the crowd at the Yankee Stadium were treated to Liverpool and Manchester City’s impressive foundations pitching their work live in competition with the Philadelphia Eagles and Memphis Grizzlies.

In 2011, Beyond Sport also launched the Beyond Football event in partnership with Streetfootballworld. The one-day meet, the second of which was staged in London in July, brings teams from leagues including the Premier League and MLS together with community project leaders to discuss the potential to make a difference in their communities. 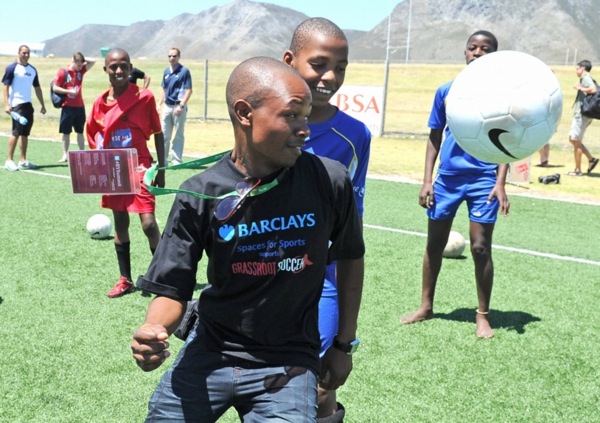 The Barclays Spaces for Sports site in Gansbaai, South Africa - allowing for a truly global reach.

Moreover, Beyond Sport has been involved in a number of hands-on projects. It has helped create child protection tools for development projects in countries where child protection legislation is non-existent; provided the first all weather sports pitch in Tanzania and provided funding to a Colombian community to retain a sports programme for 500 families displaced by violence.

Beyond Sport also partners with a number of projects on the ground using football, including the likes of Amandla Edu Football in South Africa and GOALS, a project that has used football to help rebuild communities in Haiti in the aftermath of the 2010 earthquake. Its global partner, Barclays Spaces for Sports, operates 200 sites in the UK alone, as well as others around the world, each with a unique impact on its local community.

Keller believes the work Beyond Sport is doing transcends simply physical activity. “Often sport projects are regarded as sport for sport’s sake – Beyond Sport works to highlight the impact sport can have in many other areas,” he says. “From health, to education, to disarming gangs, sport can help transform our communities. We are determined to help keep driving that forward.”

The football community will head to the Big Apple, then, hoping that they can extend their reach far beyond sport.