September 27 - A major row over the decision to ban Lance Armstrong is developing between the International Cyling Union (UCI) and the United States Anti-Doping Agency (USADA) about the length of time it is taking to provide the evidence against the seven-time Tour de France winner.

Pat McQuaid, the President of the UCI, today released a statement in which he cast serious doubt over whether the USADA had the evidence they claimed which led to them banning Armstrong for life for using performance-enhancing drugs and stripping him of all his results since 1998, which includes all seven of his victories in the Tour.

USADA announced their decision on August 24, the same day that Armstrong announced that he would not be fighting the charges that he used drugs because "there comes a point in every man's life when he has to say: 'Enough is enough'."

But the UCI is still waiting to receive the full details of USADA's case at its headquarters in Aigle, Switzerland.

"The UCI had no reason to assume that a full case file did not exist but USADA's continued failure to produce the decision is now a cause for concern," said McQuaid, who had earlier claimed that he did not think the UCI would appeal against USADA's decision.

"It is over a month since USADA sanctioned Lance Armstrong.

"We thought that USADA were better prepared before initiating these proceedings.

""It seems that it would have been more useful for USADA to have used the time of the Tour de France, the Olympic Games and the Road World Championships to prepare their case in full rather than to make announcements.

"It is at the very least unusual that USADA would still be gathering evidence against a person after it has found that person guilty.

"The UCI assumes that the reasons for any difficulty in putting the evidence together will be explained in USADA's decision.

"The UCI has requested USADA to provide its decision and case file and has learnt of the reported delays through the media and not by any official communication from USADA. 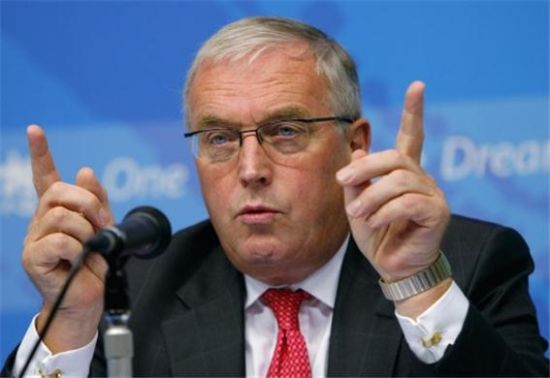 Tensions have existed between the two organisations for several months since USADA started investigating Armstrong even though the UCI claimed jurisdiction in the case.

McQuaid's statement has reopened the wounds.

"It is not surprising that UCI would send a press release out attempting to undermine and question the substance of our case," said USADA chief executive Travis Tygart following McQuaid's comments.

"It is also troubling that they would claim to have had no contact with us which is inaccurate.

"As they know we will be providing them the 'reasoned decision' no later than October 15 through the process and at that time the questions contained in their publicly released statement today will be answered."