October 16 - Buenos Aires, Glasgow, Guadalajara, Medellín and Rotterdam will fight it out to host the 2018 Youth Olympic Games after the International Olympic Committee (IOC) confirmed it received the Candidature Files of all five bid cities by the deadline of October 15.

Although Poznań in Poland withdrew from the race last week due to a lack of financial guarantees, the five other bid cities handed in their relevant documents at the IOC headquarters (pictured top) in Lausanne as expected, marking the official start of the race for the third Summer Youth Olympics.

"An IOC Working Group, chaired by IOC member Claudia Bokel, will now analyse the Candidature Files and prepare a report that will be submitted to the IOC Executive Board," said the IOC in a statement.

"On the basis of this report, the IOC Executive Board will decide which cities shall be shortlisted for further evaluation at its meeting in Lausanne on 12-13 February 2013.

"Following further assessment and video conferences with the shortlisted Candidate Cities, a report shall be submitted to the IOC members, who will then elect the host city at their meeting in Lausanne on 4 July 2013." 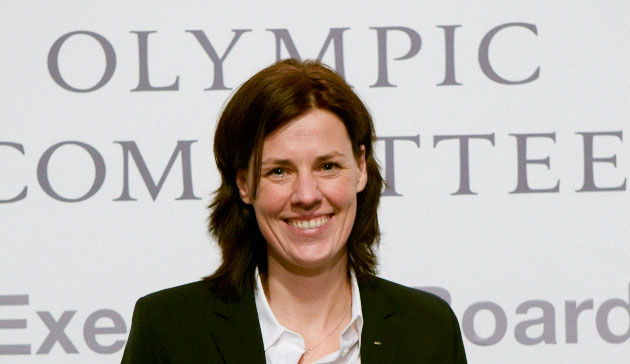 IOC Executive Board member Claudia Bokel of Germany will chair the Working Group that will assess the five bids for the 2018 Youth Olympic Games.

The IOC also revealed it will not be publicly releasing the Candidature Files of the five bid cities but that the applicants themselves are allowed to do so.

"The IOC will not release the Candidature Files, but has informed the Candidate Cities that they can make their files public and post them on their websites if they so wish, as of today, 16 October," added the statement.

The bid race, which pits three cities from Latin America and two from Europe against each other, marks the most competitive contest in the short history of the Youth Olympic Games – an event that is the brainchild of current IOC President Jacques Rogge.

All five will be hoping to follow Singapore, which hosted the inaugural Summer Youth Olympics in 2010, and Nanjing, which will host the second edition of the competition in 2014.

The Winter Youth Olympics also got off to a successful start this year as Innsbruck hosted the inaugural edition of the event in January.

Lillehammer will host the second edition of the Winter Youth Olympics in 2016 after the Norwegian city proved the only bidder for the event, which it was given by the IOC in December 2011.