They are joined in Turkey's Olympic plans by two existing 50,000-plus Istanbul venues – the "Kadıköy Stadium", presumably the Şukru Saracoğlu Stadium that hosted the 2009 UEFA Cup final and is home to Fenerbahçe; and the "Seyrantepe Stadium", which must be Galatasaray's Türk Telekom arena, completed in 2011.

Turkey, whose economy has been developing fast, was pipped by France for the right to host the 2016 UEFA European Championship football tournament.

It appears to have lost out on the chance of staging more than the odd match of Euro 2020 as well, following adoption of UEFA boss Michel Platini's idea for a competition spread around the great arenas of the European continent.

Istanbul is up against Madrid and Tokyo in the race for the 2020 Games, with the International Olympic Committee (IOC) due to determine the winner in Buenos Aires this September.

Some of the football venues chosen by Tokyo, the bookmakers' favourite, are close to the east coast of Japan, which was devastated two years ago by the earthquake/tsunami. 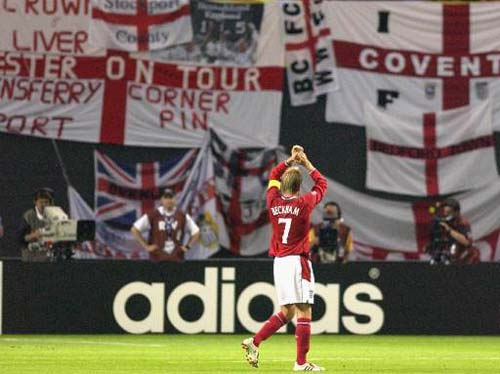 Tokyo 2020 will host matches at the Sapporo Dome, where England beat Argentina 1-0 in the 2002 World Cup with David Beckham scoring the winning goal

They also include the Sapporo Dome, where England beat Argentina in the 2002 World Cup.

Madrid's choices mean that the Olympics would return to Barcelona after 28 years, if the Spanish capital wins the 2020 race.

The proposed Catalonian venue is not the Nou Camp, but the 56,000-capacity Lluís Companys Olympic Stadium, which was the main stadium for the 1992 Games.

Other Madrid 2020 football venues include the Bernabéu and stadia in Córdoba, Málaga, Valladolid and Zaragoza.