Press Release - Executive Committee Meeting of POA Back To Main

A meeting of the Executive Committee (EC) of Pakistan Olympic Association was held today under the Chairmanship of Lt. Gen (R) Syed Arif Hasan, President POA.

The EC considered and expressed concerns over recent media reports regarding surrender of budget allocated for the promotion of sports and athlete support programs. The EC opined that these funds could had been spent on the athletes in the process of qualification for Olympic Games and those who have already qualified for the Olympic Games. It was also noted that the governmental quarters had long been stating paucity of funds but surrendering the funds to treasury speaks otherwise.

The EC noted that the POA had completed the assessment of the venues and accommodation available at Lahore, Faisalabad, Gujranwala and Sialkot by a Committee headed by President Punjab Olympic Association. However the house expressed disappointment on the slow pace of certain quarters that is disrupting the preparations of 14th South Asian Games to be organized by Pakistan. It was surprising for the attendees, reps of various National Sports Federations, that the PSB without consulting them had chalked out a demand / budget for the Games and preparation.

The EC approved the Olympic Day 2021 schedules which will include various activities of Plant Preserve Plant, Ocean Cleansing, and sports activities at various cities of Pakistan in particular at Mianwali, Nagarparkar and other cities.

The EC was appraised on the meetings of two National Sports Federations with Minister of IPC about the Constitution and Policy under consideration. The EC noted that the PSB has yet to provide the draft of the policy and constitution to the NSFs and POA for discussion and consultation leading to a framework in consonance with Olympic Charter and other applicable statutes.

The EC expressed satisfaction on the measures being taken by the POA and Brig. Zaheer Akhtar Chef de Mission for Tokyo Games. The need to religiously follow the IOC guidelines on Covid 19 countermeasures were elaborated and the Chef de Mission assured the attendees and participants of complete support to the contingent.

Thanking you for your understanding and cooperation. 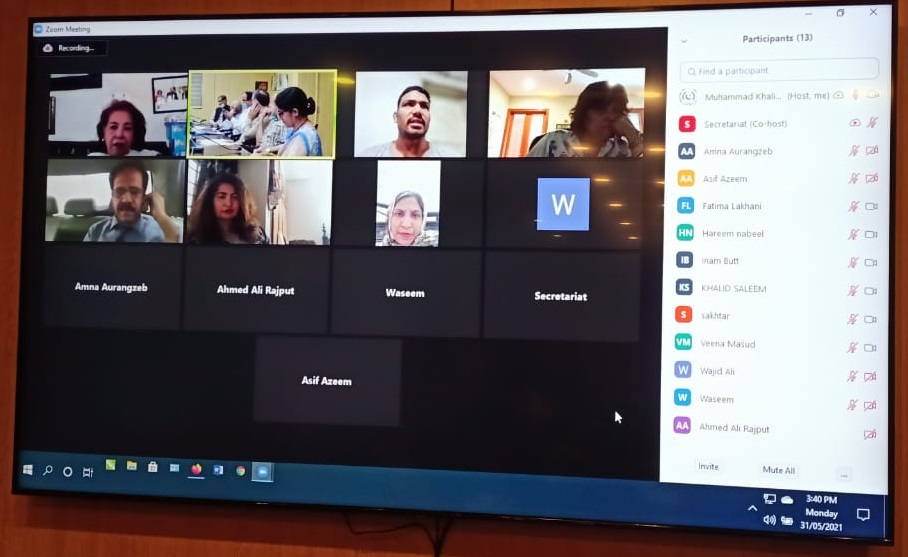