Sacking Heuvel was a big mistake: Waseem Ahmad Back To Main 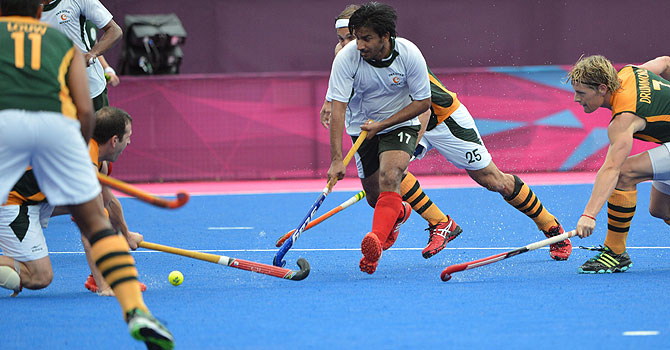 KARACHI: Days after calling it quits from the international game, Pakistan’s former hockey player Waseem Ahmad has laid blame on the federation for the team’s showing at the recently concluded 2012 London Olympics.

Ahmed, who represented the Greenshirts in 395 matches, particularly termed the decision to sack Dutch coach Michel van dan Heuvel just a few weeks before the Games as a massive blunder.

“It was a blunder which damaged our campaign badly,” Ahmad told The Express Tribune.

“The PHF should have continued with Heuvel as this time we had a good chance to finish at the podium because we were a better side. The Dutch was with the team for around 18 months and his removal a few months before the mega event derailed our preparations.

“It is not just my view but the whole team feels the same.”

Heuvel, contracted with the PHF until the London Olympics, was unceremoniously sacked by the federation in March this year over what was termed a breach of contract by the Dutch.

Ahmadalso pointed out that while the local coaches – Akhtar Rasool and Khwaja Junaid – worked very hard with the team, they lacked the professional touch Heuvel had brought to the table.

The three-time Olympian, however, urged the Pakistani federation to act now to prepare for the future and recommended that the PHF help facilitate the participation of the maximum number of juniors in foreign leagues.

“If the PHF wants the betterment of hockey, they should help youngsters feature in foreign leagues — especially the ones being played in European countries.

“This will prove to be a beneficial experience to young players and help in preparing them for major international competitions. It will also help them financially which will also have a positive impact on their performance.”

On his future after international retirement, Ahmad said that he will continue to play in international leagues and also threw his name in the hat for any future coaching role in the Pakistan setup that may come up.